Get to Steppin! Omarosa to Leave White House Role

Omarosa Manigault Newman, one of the few black aids in the Trump White House will be signing off to pursue other opportunities as news broke of her resignation yesterday. Omarosa who took heavy flack for hopping on the Trump train to nowhere fast will be resigning effective January 20, 2018, only a year after coming on board.

“Omarosa Manigault Newman resigned yesterday to pursue other opportunities,” Sanders said. “Her departure will not be effective until January 20, 2018. We wish her the best in future endeavors and are grateful for her service.”

Rumors circulated that Omarosa was irate and cussing up a storm and White House Chief of Staff General Kelly wasn’t having it. Kelly wasn’t sure of her actual job as director of communications and the importance of it so the boot was given.

April Ryan spoke on Omaraso’s resignation and said that multiple sources told her that it was some drama and Omarosa was fired. 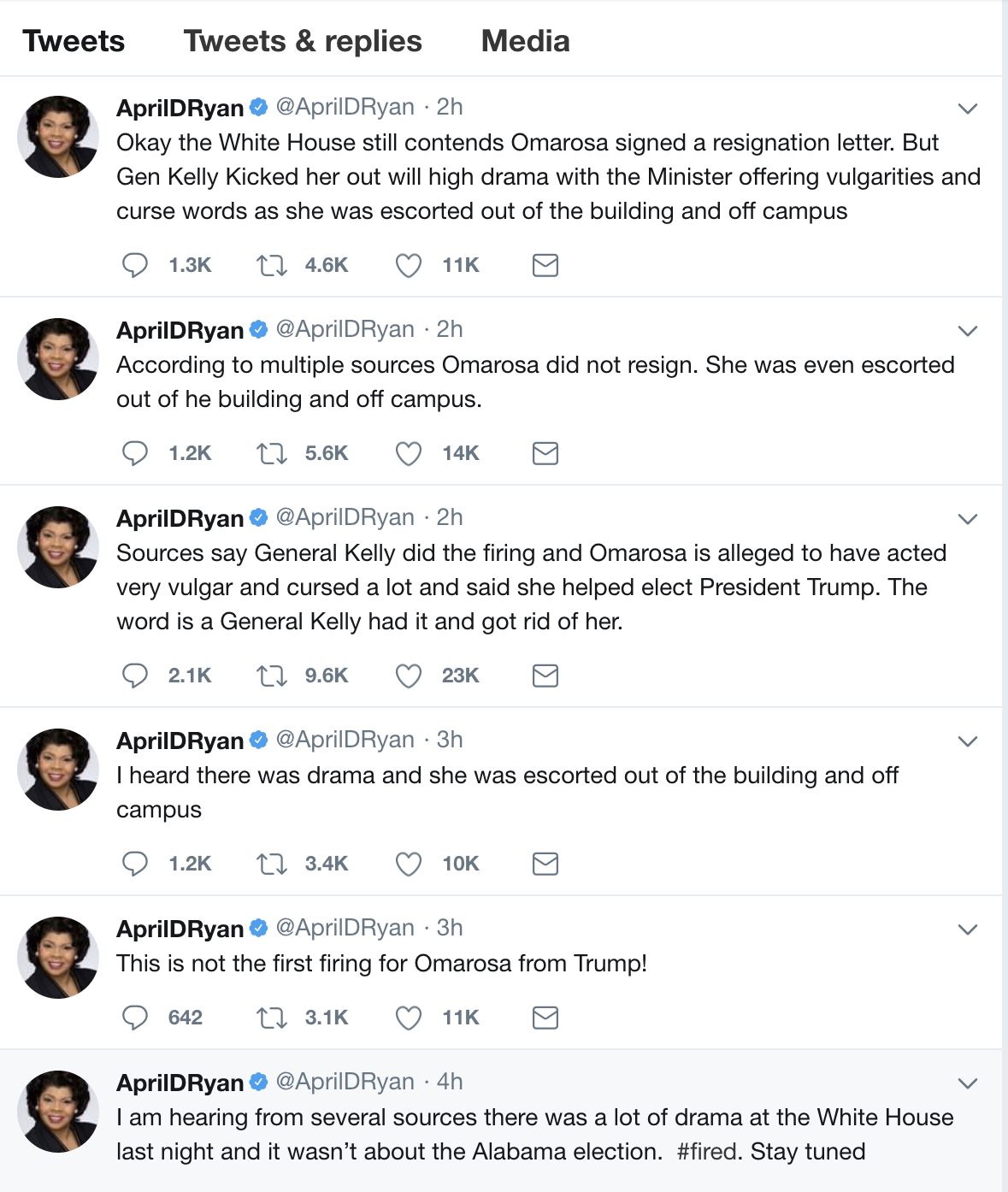 Sounds about white. Maybe last night’s loss of the candidate that Trump supported Roy Moore made him feel some type of way.

Well, black twitter was ready to greet the soon to be the unemployed aid with open arms.

When Omarosa tries to register for Essence Fest next year pic.twitter.com/jkYhRuG50E

Omarosa: They sent me in to tell you, Roy Moore lost. Black people really showed up…