The Queen’s Court has been taken over the internet with their talks on pop culture and dragging celebrities. You remember how they did Toya Wright & Reginae! Call your daddy had us screaming for weeks but now we’re screaming at the production or lack thereof on the set of The Queen’s Court.

Mo’Nique was scheduled to be on the on the latest episode to answer all of their questions about her boycott on Netflix. Things took a turn for the worse and got cringy when the first set of technical issues started.

The first video as seen below shows TS Madison & Khia looking like two of Casper’s uncles.

You can tell Khia wasn’t feeling it towards the end and she knew something wasn’t right in the beginning. Madison, however, wanted the ship to continue even if it was sinking.

Madison might as well been the Captain of the Titanic and production was the iceberg. Chile Mo’Nique was patient. I expected her to hang up in any minute. She tried to keep it together and wanted to speak to Khia to calm her down, but Khia wasn’t interested and refused to speak to Mo’Nique.

On Mo’Nique’s Periscope, you can hear Madison’s frustration while she pleaded with Khia to work with her despite the technical difficulties. Madison goes on to talk about how much she has money she put into the show and how bad she wanted Mo’Nique’s interview to work. Some people thought Mo’Nique should’ve cut the live feed off when she heard the disagreements.

Listening to this hurt my heart. We can hear that Madison wants to do a lot with Queen’s Court because she sees the potential but Khia being herself isn’t interested in improvements or growth. I was sent a screenshot of Khia responding and agreeing with a fan on what happened and why she wasn’t feeling it. 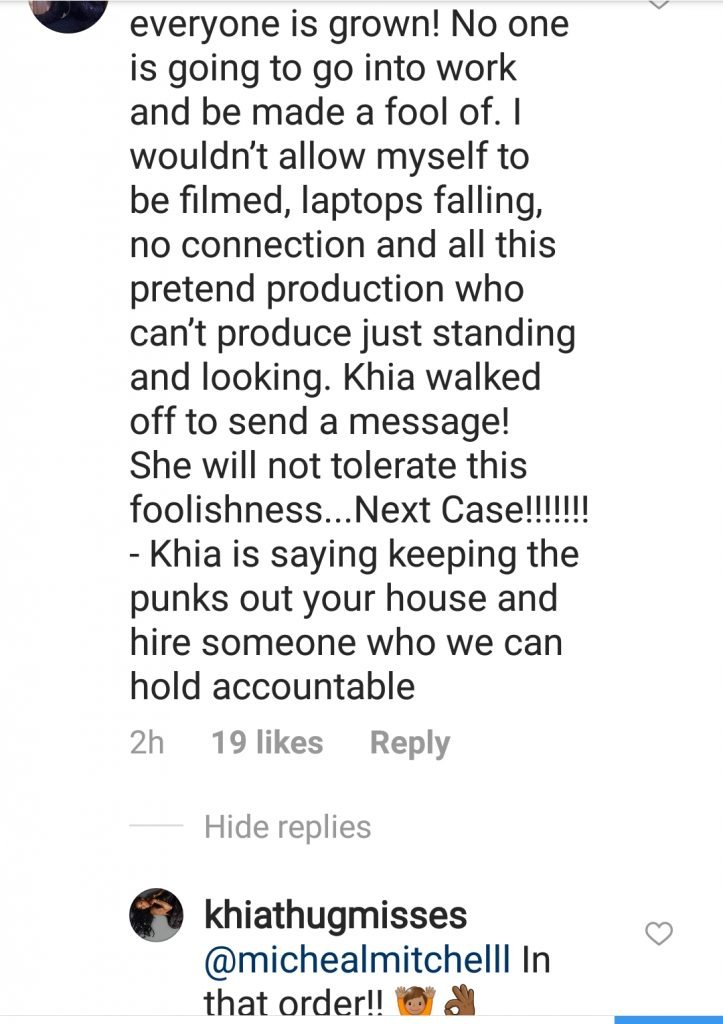 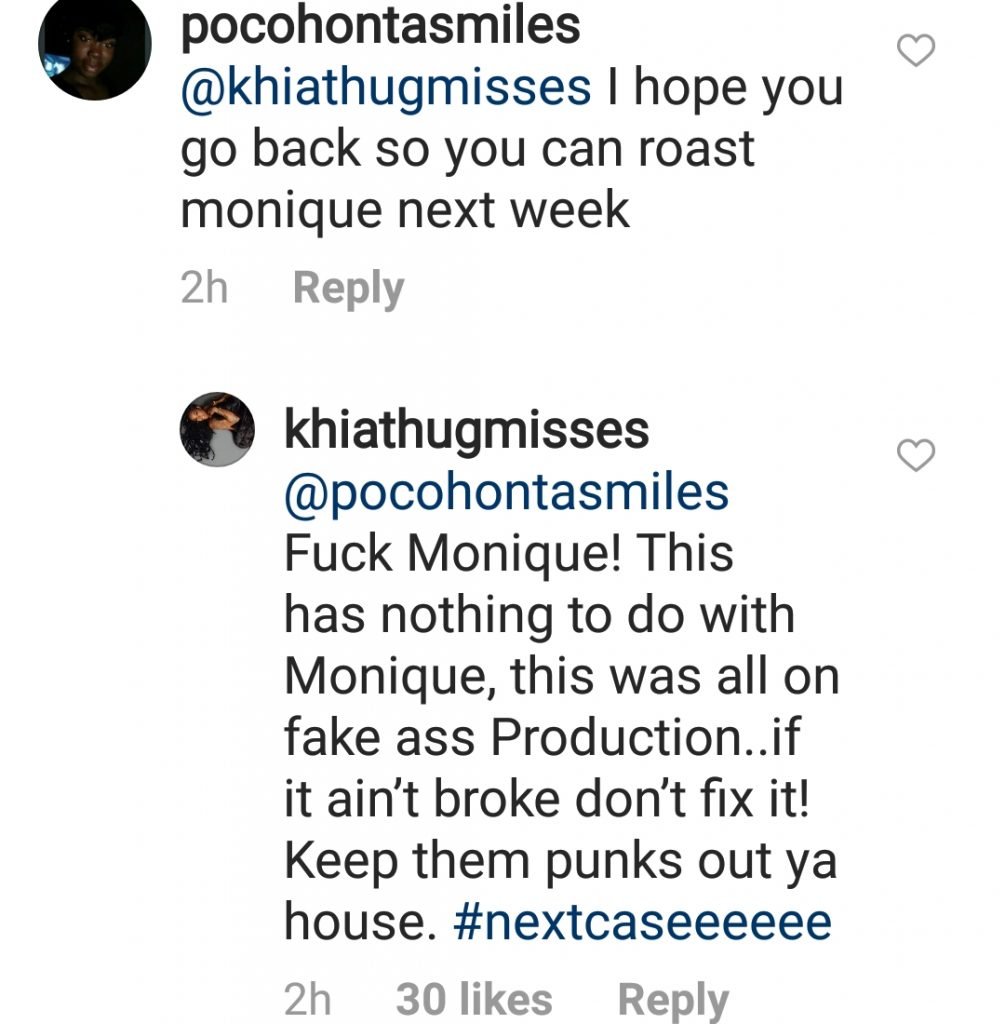 Justin J
← Previous Story Married to Medicine’s Dr. Simone to Divorce husband Cecil After 21 Years “I do not feel loved.”
Next Story → Chrisdemeanor Brown Wants to Go on a Tour with Rihanna, Beyoncé & Bruno Mars