Black Panther has all of us interested in visiting Wakanda and escaping the colonizers of the world. An autopia untouched by white hands full of melanin and black excellence. Although Wakanda is a fictional country in Marvel’s Cinematic Universe, everyone isn’t welcomed and rules are rules. Predatorial behavior isn’t allowed in Wakanda and former American Idol star Frenchie Davis told the singer on Twitter “N*gga you’re banned. The Dora Milajae slaughtering yo predatorial ass on sight.”

R.Kelly made news last year for allegedly luring young black girls into his ‘sex cult’. Frenchie Davis had time and shut the sh*t all the way down! Activists in Detroit have protested against him last night while he performed with Charlie Wilson at the Little Ceaser’s Arena.”We love Uncle Charlie, but not R. Kelly!” 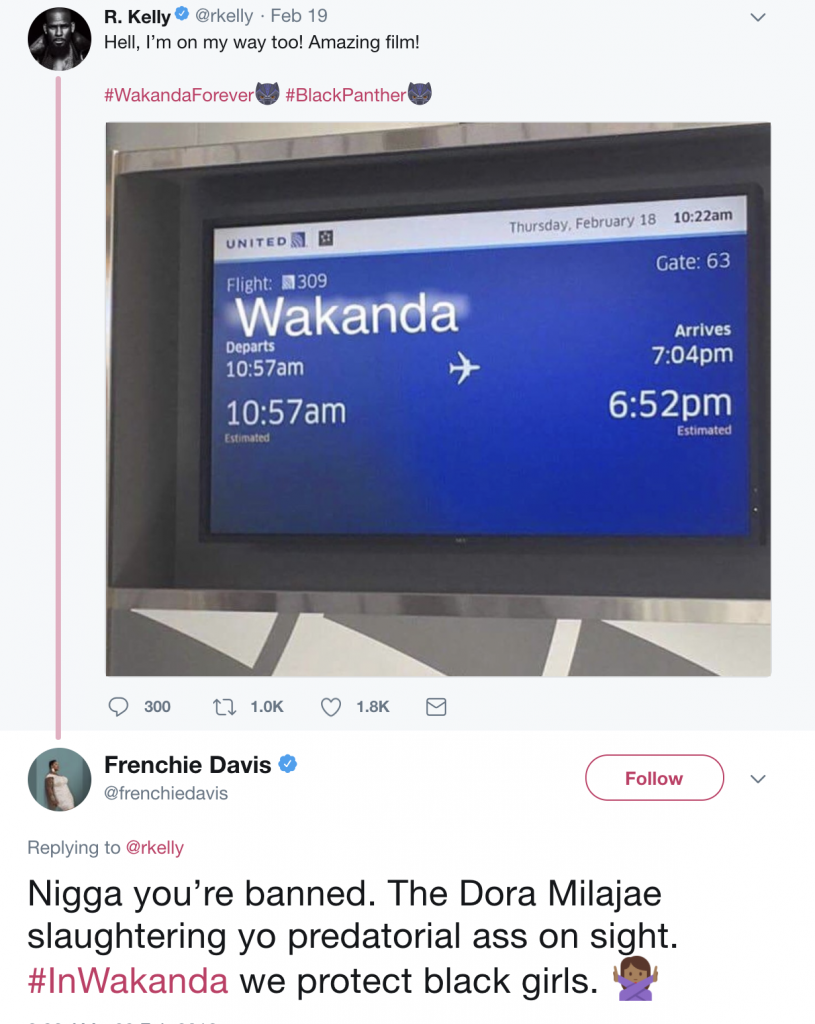 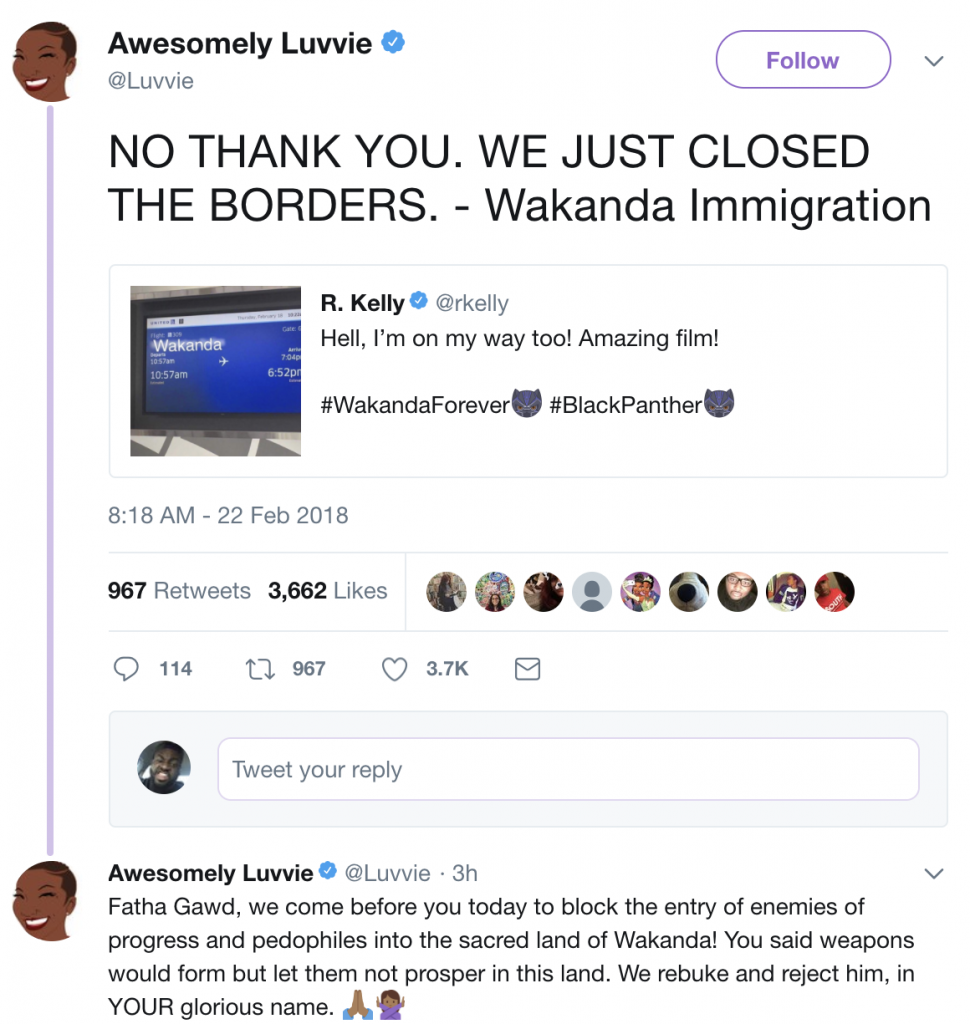 Do you think R.Kelly should be allowed to perform in Wakanda or should he be fed to M’Baku’s children?

Justin J
← Previous Story Wendy Williams Diagnosed with Graves’ Disease, Dr. Orders 3 Weeks Off
Next Story → Mo’Nique Elegantly Gets Lenard aka Charlamagne Together “He Does Not Have A Value on Black Women and Women of Color.”